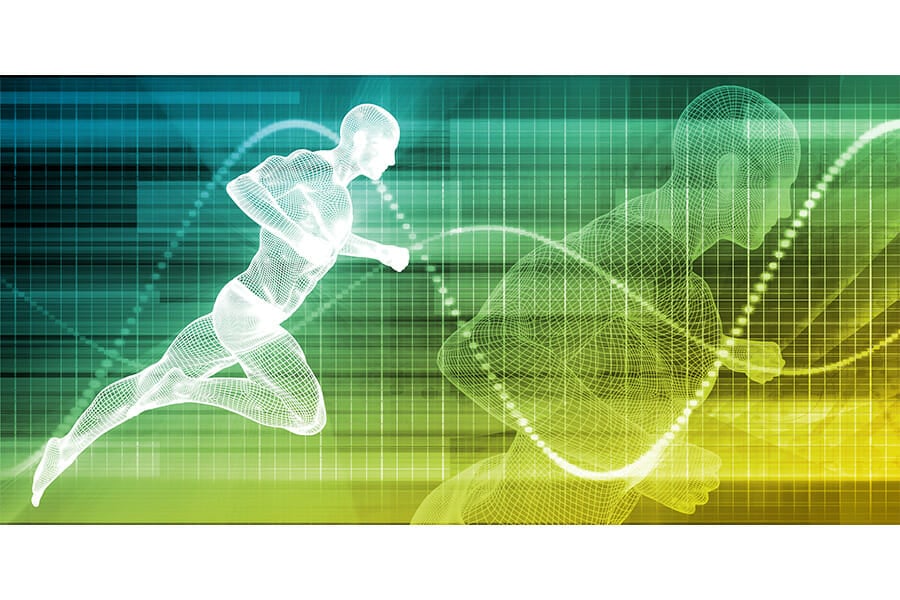 Race strategy becomes more of a factor as race distance increases. Longer races provide more opportunities to apply tactics and strategies. Even though the mile and 1500 distances are relatively short, it is still long enough for race strategy to come into play. Choosing the correct race tactics is even more critical in the mile and 1500. If you make a tactical mistake in the 5K or 10K you have plenty of time to make up for your mistake. If you make a poor decision in the 1500 you may not have enough time to correct your error. This makes the 1500 and mile race the “chess match” of all running distances.

The first part of your race strategy is the start. You should try to establish good position in the first 100 meters of the race. Begin the race with a fast surge and try to establish a position in the second or third lane, near the front of the pack. The one thing you should try to avoid at the start is getting boxed in. Getting boxed is a likely occurrence if you place yourself in the first or inside lane. Runners to the front, outside and rear will trap you and you will be unable to make any sort of move. You will also be more at risk of getting spiked, tripped or elbowed. If you are starting on the inside line, make a strong move at the start and move to the front in the second lane. If you are starting in the middle or outside, take a straight line path that gradually moves you to the second lane at the first curve. Many runners make the mistake of heading directly to the inside lane immediately after the start. A better tactic is to run in as straight a line as possible and gradually move to the second lane at the start of the first corner.

Once you establish good position, in the second lane and near the front of the pack, try to settle into your steady planned pace. A steady pace is the most economical pace. Save your surges for strategic times in the race such as maintaining contact with the leaders or making your own tactical strike.

Because of the short distance of the 1500, it’s important to react quickly and correctly to surges by other competitors. For most runners, the best position to be in is just behind the leaders. Allowing other runners to take on the burden of the lead will allow you to conserve energy for your finishing kick. But you can’t allow the leaders to pull away. Keep a close eye on the lead runners. When they make a move you must instantaneously decide if you are going with them or not. Just a split second of indecision can be very costly. The further back in the pack you are, the more critical your attention to the leaders becomes. You must react to the leaders, not to the rest of the pack. When the leaders begin to make a move, you must react immediately. Imagine a line of runners in which no runner accelerates until the athlete in front of them does. By the time the last runner in line reacts, the leaders would have built a considerable lead. So you should always react to the leaders, not to the pack.

If the lead pack gets away from you, don’t panic. There are two strategies for reeling in the front runners. The most efficient and economical way is to gradually increase your pace and make up the distance over a full lap. This works well early in the race. If you find yourself behind with a lap or less to go, you obviously will need to use the other tactic of a strong surge to try to make up the distance quickly.

When you are ready to begin your kick to the finish line, be sure to properly position yourself in the second or third lane, Just as with the start, if you allow yourself to be forced to the inside lane you will not have any room to maneuver. Your finishing kick will use your creatine phosphate (CP) energy producing system as well as your anaerobic and aerobic systems. The CP system quickly produces the APT to fuel your muscles using creatine phosphate. You have enough CP in your body to fuel about 200 to 300 meters of all out running. Start accelerating at about 300 meters. If you are in the lead at that point, accelerate to all out pace with 200 meters to go and maintain that sprint pace to the finish line. If you are just behind the leaders, try to run in the leaders shadow until the 200 meter point. Then move to the outside and slingshot yourself into the lead and maintain your sprint pace to the finish. 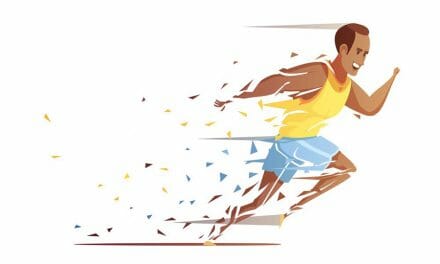 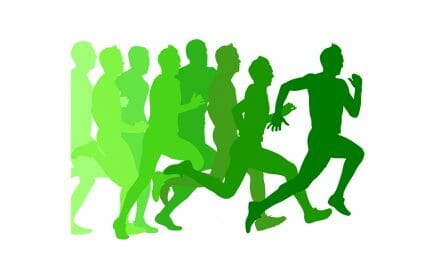 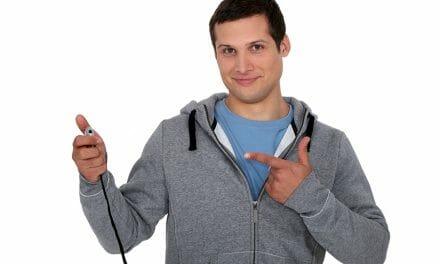