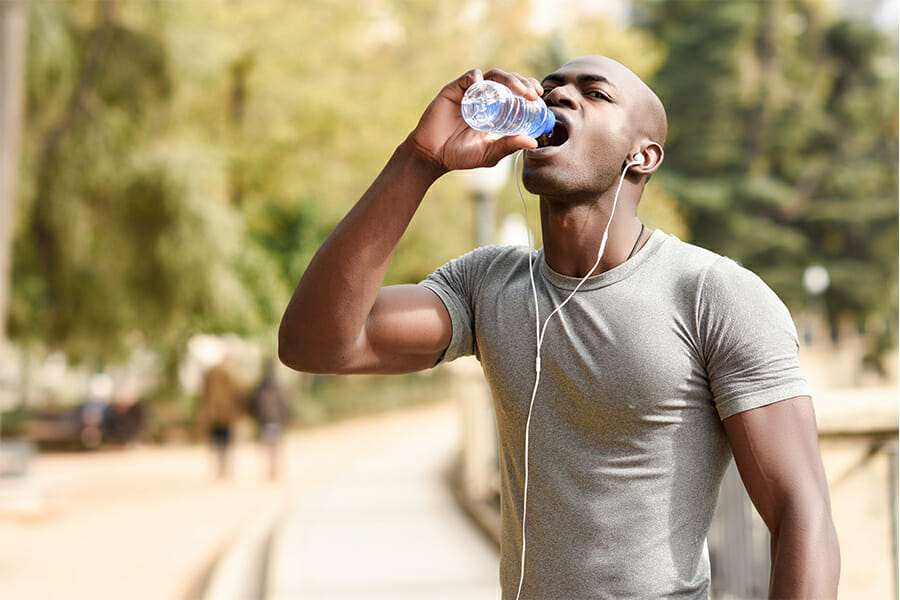 Do You Have a Drinking Problem? – The Dangers of Over Drinking in Distance Runners

Do you have a drinking problem? Don’t worry; you won’t need the 12 step system. I’m talking about drinking too much water during a long race or training run. Yep – I said drinking too much. Over the past 20 years it’s been drummed into our heads that we need to drink early, often and in copious quantities. Coaches, the media and even the government have been saying that we should drink as much as tolerable, especially when we are running in the heat. Huge, multi-million dollar businesses have been built on those recommendations. Just look at all of the bottled water, sports drinks and plastic water bottles on stores shelves. There’s something that those business that generate millions of dollars in sales on sports hydration don’t want you to know. You don’t need that much hydration! There is even some dangers in over drinking in distance runners.

That isn’t breaking news. The dangers of over drinking have been well known since 1985 when the story of a 46 year old woman, who suffered from hyponatremia during a race, was first reported. The paper entitled “Water intoxication: a possible complication of endurance exercise”, told the story of the runner who became ill during the last 20km of the Comrades marathon. Doctors diagnosed the women, who survived the experience, with hyponatremic encephalopathy. The authors of the paper concluded that “…the intake of hypotonic fluids in excess of that required to balance sweat and urine losses may be hazardous in some individuals.”

In 1986 the Journal of the American Medical Association published the personal reports of two doctors who ran in an ultra marathon in Chicago. The participants of that race had been advised to drink between 300 – 360 ml of fluid every 1.5 km. By the end of the event each doctor had consumed over 20 liters of fluid and both suffered from hyponatremia. The report concluded that “While this practice of drinking in excess of thirst may deter the occurrence of dehydration, large intakes of hypotonic fluids, associated with substantial sodium losses, can lead to hyponatremia as it did in the case of these runners.”

Another study, published in 1991, looked at the fluid and sodium balance of runners that collapsed during the 1988 Comrades marathon. That investigation came to a similar conclusion “…the hyponatremia of exercise results from fluid retention in subjects who ingest abnormally large fluid volumes during prolonged exercise.”

It had become obvious by that point that over drinking causes hyponatremia, but there was little data on whether or not fluid restriction would help prevent the condition. Some New Zealand scientists changed that. The New Zealand researchers found that simply advising the athletes not to over drink and restricting fluid availability on the course reduced the number of hyponatremia cases during the New Zealand Ironman from 14 in 1997 to only 3 in 1998.

Even the US military got involved in the hydration debate. In 1989 the military issued new hydration guidelines that were in line with the “drink as much as tolerable” philosophy of the time. Their intentions were good; to reduce the risk of heat illness in military personnel, but the results bordered on disaster. Exercise associated hyponatremia (EAH) increased dramatically at that time. Between 1989 and 1996 there were 125 cases of EAH with 6 reported deaths. The US military quickly reacted by changing their guidelines and setting upper limits to fluid intake. Incidence of EAS fell as a result.

With all of that evidence linking over drinking to EAH you would assume that over drinking would no longer be a problem. Has the problem gone away? Nope – it’s still around. In some cases the problem is even more wide spread. Why won’t the over drinking problem go away? I’m not a big conspiracy theorist, but I do believe that much of the problem lies with the influence of the big money from the bottled water and sports drink business affecting the media. A lot of cash would be on the line if we reduced the amount of fluids we drink on a daily basis.

The commercial influence aside, there is another fairly recent change in marathon running that has had an effect on the incidence of EAH. Twenty years ago most marathon runners were very highly trained and were able to complete a marathon in 3.5 hours or less. Today the marathon has become very popular among less experienced runners and the typical finishing time has become 4.5 to 5 hours. The slower pace combined with longer duration is allowing runners to consume even more fluids and increase the chances of suffering from EAH. In fact, the first confirmed EAH related death during a marathon was during the Valley of the Giants marathon in 1993. There was another death during the 1998 Chicago marathon, one in the 2002 Boston marathon and another in the 2002 Marine Corps marathon. A study conducted at the 2002 Boston marathon showed that a shocking 13 percent of the marathon finishers had signs of EAH.

While EAH can strike any runner that over drinks, there are certain risk factors that seem to be more associated with high risk of EAH. Of course, excess fluid consumption is the primary risk factor, but other factors include; female gender, low body weight, slower pace and use of NSAID’s. A study from 2006 conducted by the US Army also suggested that salty sweaters tend to suffer from EAH more easily than those with less salty sweat. This passes the all important common sense test. If you lose more sodium when you sweat you would certainly be more at risk for developing EAH.

Dr. TD Noakes, who has spearheaded much of the research into EAH, has recently identified three biological mechanisms that work in tandem to cause EAH. The mechanisms indentified by Noakes are over drinking, inappropriate ADH secretion (anti diuretic hormone which prevents the production of dilute urine), and a failure of your body to mobilize emergency stores of sodium. Noakes believes that all three of those abnormalities must be present to produce EAH.

Research is continuing in this field and more information on why EAH occurs and how to prevent it will be forthcoming. In the meantime, ignore those recommendations to drink at much as tolerable. You can avoid EAH by drinking only when thirsty, drink only enough to maintain your sodium balance – not to maintain bodyweight and consume sports drinks instead of plain water.

Case proven: exercise associated with hyponatremia is due to overdrinking. So why did it take 20 years before the original evidence was accepted?, TD Noakes, DB Speedy, Br. J. Sports Med 2006;40;567-572 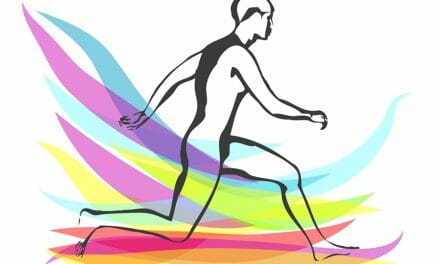 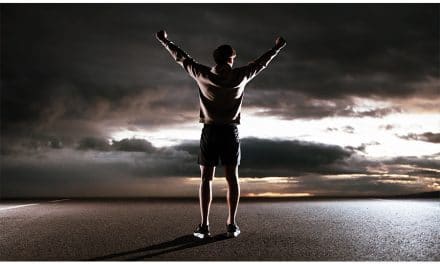 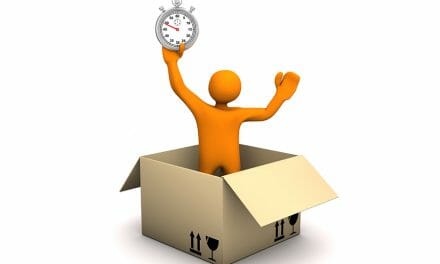