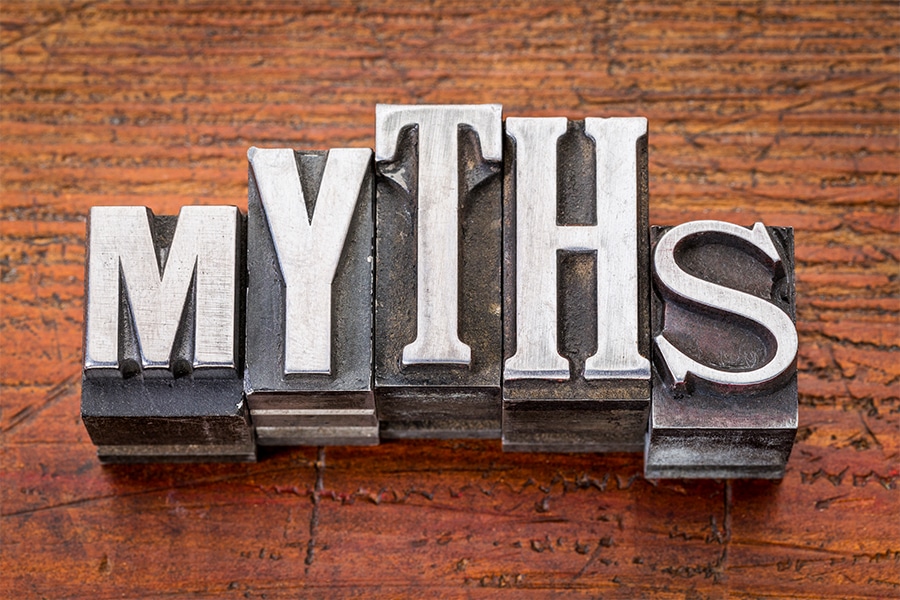 Running records are dropping like flies. Today’s elite distance runners are performing some remarkable feats and running some incredible times. It wasn’t long ago that most experts thought that running a sub four minute mile was impossible. Today the mile record is far below that mythical 4 minute barrier. Why do running records continue to fall? Why are today’s runners able to faster than ever before? The higher performance levels are partially due to improvements in nutrition and health care. But the lion’s share of the credit has to go to superior training techniques. Scientific research gives us new ways to train and have shown that some of the training techniques and beliefs of the past may not be the most efficient way to train. Even though studies have proven the newer techniques are superior, some of the old school beliefs and methods continue to hang on. They are the running myths of the past. Here are our top ten running myths.

Lactic acid is a waste product

This is one of the running myths that just keeps hanging on. Even many running experts continue to believe that lactic acid is a fatigue inducing waste product. Nearly every running event I watch on TV has a running commentator telling us how lactic acid build up is causing the runners to go into “oxygen debt” and slow down. Nothing could be further from the truth. Lactic acid is not a waste product. It’s a valuable compound, produced at all times, that is used to produce energy to fuel your running. It doesn’t cause fatigue – recent research has even suggested that lactic acid acts to prevent fatigue caused by a reduction in cellular potassium.

When I was a young high school runner, my coach wouldn’t let me strength train. I wanted to because I felt I was a more powerful runner with strength training, but the coach was adamant about it. He said it would slow me down – so no strength training. Still today some coaches and runners are holding on to the belief that strength training provides no benefits to runners. Researchers, runners and coaches have proven this one wrong. Strength training improves your injury resistance, your running strength, your muscle elasticity and your running economy. It makes you a better, faster, more efficient runner. Don’t worry about getting muscle bound -endurance training won’t allow it.

Tempo runs are the best way to improve your lactate turn point.

For years, runners and coaches have believed that tempo runs – steady state runs of 20 minutes or more, at a pace that is about 15 to 20 seconds slower than your 10K race pace – were the best way to improve your lactate turn point. There is no question that tempo runs are valuable workouts. They improve your ability to run for long distances at a moderate pace. But, to improve your lactate turn point you need to run a pace that floods your body with high amounts of lactate. To do that you need to run at faster paces – paces at or faster than your 10K race pace. Performing workouts at your LT pace will make your body more efficient at dealing with both the physiological and mental aspects of running at LT pace.

Runners should drink as much fluid as possible

Hydration recommendations have been on a roller coaster ride. Many years ago we were told not to drink. Coaches thought that drinking during competition would cause cramps and decrease your performance. Thank goodness that crazy idea was abandoned before we lost more runners to heat stroke. Unfortunately the pendulum then swung too far the other direction. We were told to drink early and often. It was suggested that we should try to stay ahead of dehydration by drinking copious amounts of water and fluids. This brought up a new problem – hyponatremia. Hyponatremia is an imbalance of the fluid-electrolyte levels in your blood. Basically, your blood sodium levels plummet because of excessive fluid intake. New guidelines suggest drinking only when thirsty. Try to drink only enough to replace lost fluids and consume sports drinks containing sodium rather than plain water.

Static stretching should be done before you run

Static stretching is the most common form of stretching. It’s that gentle stretch that you assume and hold for 20 to 30 seconds. Static stretching has been one of the cornerstones of a pre run warm up for so long that it has become an ingrained part of running. Something we’ve been doing for so long must be correct –right? Wrong! We have been taught to do static stretching to warm up our muscles and to help avoid injury, but research has shown that not only does static stretching do little to avoid injuries; it may even decrease our performance levels. Scientific studies have concluded that static stretching before a run may reduce the ability of your muscles to store and return energy – causing a decrease in your running power. A better stretching routine would be to do dynamic drills such as high knees, heel kicks, leg sweeps and lunges before you run and save the static stretching for after your workout or race.

You must carbo load before a marathon

What’s a marathon without the traditional pre race carbo loading dinner? Those heaping plates of pasta the evening before your marathon have become an accepted part of marathon racing. But, do you need those huge helpings of pasta? Not really. Your pre race taper combined with your normal high carbohydrate helpings of food will get you ready for your race. You neither need nor want excessive portion sizes before your race. The large amounts of food can actually make you sluggish and tired on race morning.

Many runners believe that running form and mechanics are something you are born with and can’t change. They think that working on running mechanics is a waste of time. The truth is that proper running form can be learned and is also one of the greatest predictors of running performance. Proper running mechanics will make you a more efficient runner – it will allow you to run faster using less energy. Can you think of anything more important?

There’s no question in my mind that this one is a myth, but it’s really only a half myth. Higher mileage isn’t always better, but it may be under certain circumstances. There are a lot of runners out there that think the more miles they put in the better they will do. That is only half true. It’s true that more mileage will usually result in better performance, but only up to a point. Up to about 70 miles per week you will reap a lot of benefits from increasing your running volume. After 70 miles per week you still see some gains but they are much smaller. It’s like an improvement curve where the curve moves up steeply until you reach around 70 miles, and then it nearly flattens out. There are still small gains, but they are very small. Since most running injuries are caused by high running volume you need to decide if the small gains are worth the risk of injury and burnout. For most runners the answer is no. If your experience level, availability of time and level of fitness is high enough to withstand the physical and mental stress of very high mileage then it may be worth the risk for you, but for most runners going further than around 70 miles per week is counterproductive.

Imagine doing only one workout, using the same pace and the same distance. Not only would you be bored to death, but your fitness would never improve. Your body would learn the workout and stop adapting. That is why we do various types of workouts during different times. That is the essence of periodization. It is dividing your training program into separate phases that are intended to train different energy and body systems. There are many types of periodization techniques. The most widely used and accepted is the classic technique of several weeks of long slow distance running followed by other periods of solely shorter, higher intensity runs. The theory behind classic periodization is to build a base of endurance in the initial weeks to support the higher intensity runs to follow. The problem with classic periodization is that it ignores the all important lactate turn point training, vVO2 max runs, hill training, neuromuscular workouts and goal pace running for long periods of time. You lose fitness in those systems and then must rebuild that fitness later on. For most of today’s runners a multi pace periodization technique in which you perform all types of training runs consistently on a year round basis is a more effective way to train. You maintain full fitness and simply emphasize different paces according to where you are in your training cycle and what your specific goal is.

Here’s another one of those pesky half myth things. There’s no question that the majority of all distance runners weekly mileage is composed of endurance training. But that should be in relation to total volume – not number of workouts. If the majority of your workouts are performed at an easy endurance pace you will be training yourself to run slowly. If you want to run at a fast pace you should practice at a fast pace. Try to include at least 3 quality workouts per week that are performed at between 10K race pace and 3K race pace. The faster paced running will improve your speed, power, strength and neuromuscular conditioning. 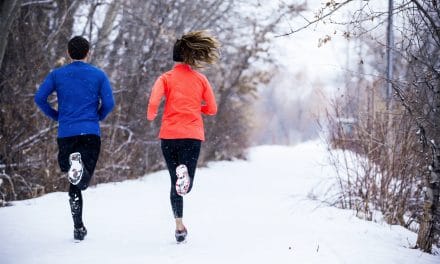 Survive Running In The Snow 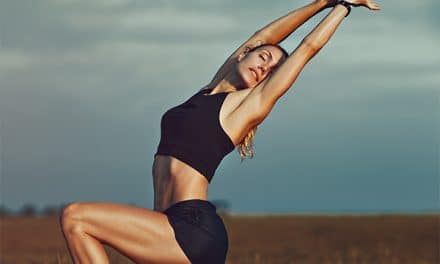 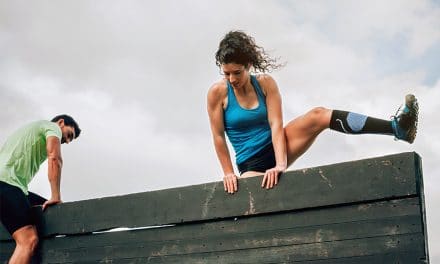 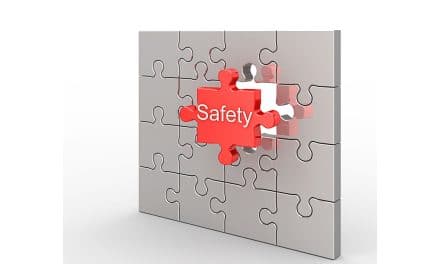